This look is based on a theme that appeared in some early kde2 screenshots. I don't know who the original author is as I could never find the theme anywhere (was it ever released?), so I named it Anonymous.

The theme 'engine' is mostly the same one used in Operational. The main difference is in the button layouts which are now totally configurable. The window icons are also back. Compile sawfish with gdk-pixbuf support for best results.

A .gtkrc.mine is included - just copy it to your home dir to get a matching shade of gray in Gnome/GTK. Enjoy! 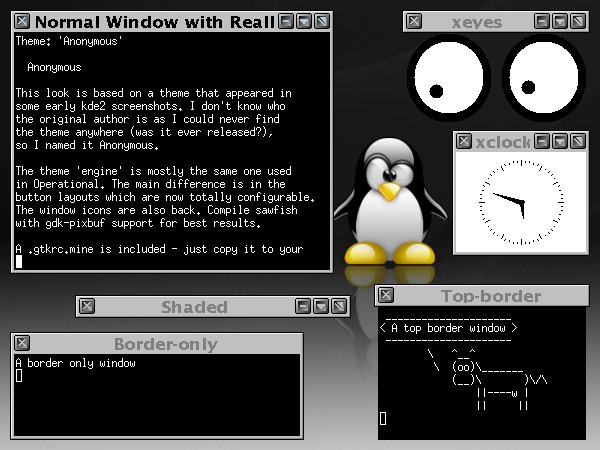 Retrieved from "https://sawfish.fandom.com/wiki/Anonymous?oldid=6156"
Community content is available under CC-BY-SA unless otherwise noted.