MacOS X mockup theme - based loosely on the screenshot in apple website.

Based on tigert's AquaOS theme, which is itself based on the Marathon config files.

I drew an ugly splat image and found a magic GIMP function to make it pretty: the warp filter on the splat and the original button image. 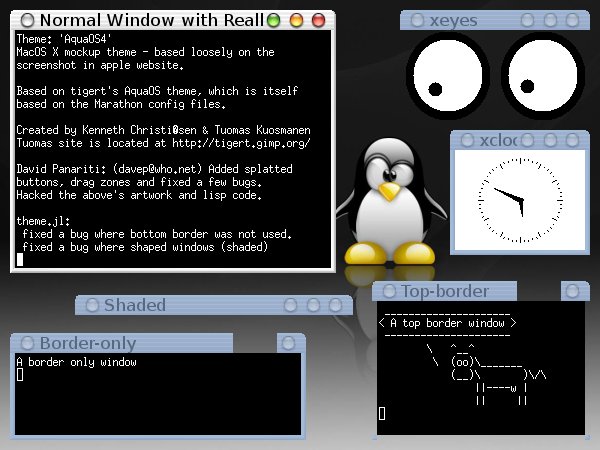 Retrieved from "https://sawfish.fandom.com/wiki/AquaOS4?oldid=6165"
Community content is available under CC-BY-SA unless otherwise noted.