This is a hacked version of the original gtk theme with modified buttons. Also added resizing buttons to the bottom corners.

Now modified to work with newer versions of Sawfish.

Attempts to mimic the current GTK theme (with Afterstep-like buttons). The colours and pixmaps of the default GTK style define the window decorations 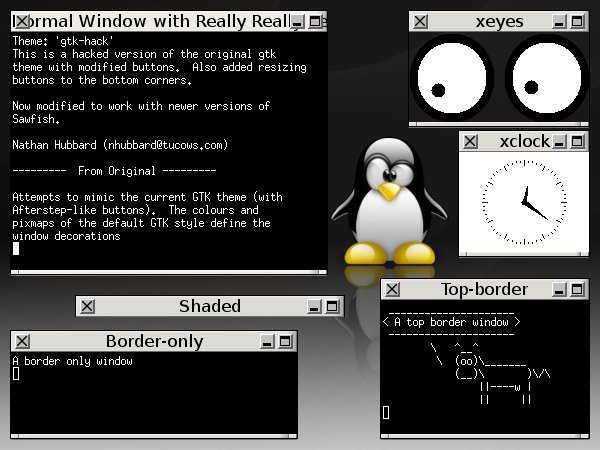 Retrieved from "https://sawfish.fandom.com/wiki/Gtk-hack?oldid=6318"
Community content is available under CC-BY-SA unless otherwise noted.