I used a blue piece of origami paper to get a nice curve on the titlebar gradient. Thus, Origami was named.

I'll add a dragbar at the bottom if somebody wants one. I don't use dragbars myself. ^_^ 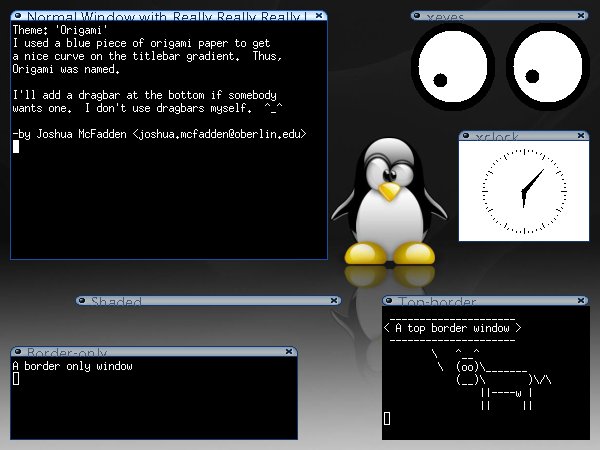 Retrieved from "https://sawfish.fandom.com/wiki/Origami?oldid=6404"
Community content is available under CC-BY-SA unless otherwise noted.